The traditional struggle for RIGHTS of Black People (People of African descent) in America, has always been "domesticated/domestic" to a (US Domestic & Colonial Domestic) Civil Rights paradigm, which became legalized in 1866 along with (Radical) Reconstruction & the 13 & 14 Amendment to the US Constitution.

Black Civil Rights' activists, were not only victims of civilian criminals, terrorist & extremist. There were members of law enforcement and officials who also contributed to the carnage, like Bull Connor.

All of which at times led the US President to intervene on behalf of Black Rights,  and  send in Troops to end the crimes carried out by the criminal officials, politicians and criminal law enforcement as well as the criminal military personnel & national guard, who were harming, maiming, killing, plotting-against. targeting and violating the Rights of Black people.

Well first of all because we have a Human Right to armed self-defense, a human right to defend/secure ourselves against violence, ethnic cleansing, genocide, human rights violations and crimes against humanity, racial warfare/war or war that unlawfully & illegally threatens the lives and well being of our people, community, families and person. Reflective in our human right to be armed. The United States of America, provides the 2nd Amendment to the US Constitution, which states that "...the right of the people to bear arms shall not be infringed..." It also states a right to a "...militia...".

Well we learn from the past. We learn from the mistakes of the past. When activist and those struggling for Black Human Rights, rose up unarmed for Black Civil Rights, they were assaulted, beaten, tortured, unlawfully detained, kidnapped, brutalized, lynched, set on fire, attack with flesh ripping water cannon, criminal assaulted with vicious dogs and attacked with incendiary devices that led to their death, as well as many were murdered and assassinated. So, we are not starting off unarmed or the wrong way. We are starting of the right way, i.e. armed.

Because when we armed Black Civil Rights. We then gained rights, were respected and the terrorist attacks against Black people ceased. And we then freely able to serve our people, community and institute programs for our people and overall for Black Civil Rights. However, we do note that criminally-imposed-systematic operations like Cointelpro was waged against us. However, we were still able to defend ourselves against that criminal  tyranny to the best of our rightfully armed ability.

The Black Civil Rights Movements' effectiveness and greatness was carried out via extensive Freedom Rides throughout the country. That also coincided with marches, rallies and sit-ins.

However just like the unarmed Civil Rights Movement activist were assaulted, so was its freedom riders.

The Freedom Rides in the past were for Black Civil Rights. Today they are for Black Human Rights, riding from city-to-city and state-to-state with the People's Human Rights Tribunals, for the sentencing and prosecution of violators of Human Rights, the Geneva Convention and Internationally Criminal Law in regards to genocide, ethnic cleansing, human rights violation, racial warfare and race war and crimes against humanity against Black People (people of African descent in America). As well as restoration, restitution, reparations, land, lawful nation-state sovereignty, military, technology and equipment for the violation of International Law, crimes against humanity, human rights violations and ethnic cleansing waged against Black people.

We learn from the past, the same way Black Civil Rights Activist were attacked so were unarmed freedom riders; many who ended up dead or severely injured by armed criminals.

We plan on not making that mistake. So we stand armed, ready to protect ourselves against any armed criminal, or armed terrorist who may try to unlawfully assault us and violate the Human Rights, life, liberty and overall rights of Black people.

Why Are We Armed?

"Armed with the knowledge of our past, we can with confidence charter a course for our future…

One of the first steps we are going to become involved in …will be to work with every leader and other organization in this country interested in a program designed to bring your and my problem before the United Nations. This is our first point of business. We feel that the problem of the black man in this country is beyond the ability of Uncle Sam to solve it. It's beyond the ability of the United States government to solve it. The government itself isn't capable of even hearing our problem, much less solving it. It's not morally equipped to solve it.

So we must take it out of the hands of the United States government. And the only way we can do this is by internationalizing it and taking advantage of the United Nations Declaration of Human Rights, the United Nations Charter on Human Rights, and on that ground bring it into the UN before a world body wherein we can indict Uncle Sam for the continued criminal injustices that our people experience in this government.

To do this, we will have to work with many organizations and many people. We've already gotten promises of support from many …different independent nations in Africa, Asia, and Latin America. 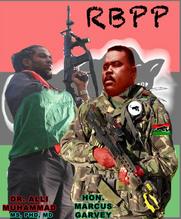 What Are Freedom Rides For?

We need to expand the civil-rights struggle to a higher level -- to the level of human rights. Whenever you are in a civil-rights struggle, whether you know it or not, you are confining yourself to the jurisdiction of Uncle Sam. No one from the outside world can speak out in your behalf as long as your struggle is a civil-rights struggle. Civil rights comes within the domestic affairs of this country. All of our African brothers and our Asian brothers and our Latin-American brothers cannot open their mouths and interfere in the domestic affairs of the United States. And as long as it's civil rights, this comes under the jurisdiction of Uncle Sam.

But the United Nations has what's known as the charter of human rights; it has a committee that deals in human rights. You may wonder why all of the atrocities that have been committed in Africa and in Hungary and in Asia, and in Latin America are brought before the UN, and the Negro problem is never brought before the UN. This is part of the conspiracy. This old, tricky blue eyed liberal who is supposed to be your and my friend, supposed to be in our corner, supposed to be subsidizing our struggle, and supposed to be acting in the capacity of an adviser, never tells you anything about human rights. They keep you wrapped up in civil rights. And you spend so much time barking up the civil-rights tree, you don't even know there's a human-rights tree on the same floor.

​THE SELECT FEW - The Dignified, The Revolutionary Black Panther Party

Ok, Still The Question Still Lingers On, Why Are We Armed? 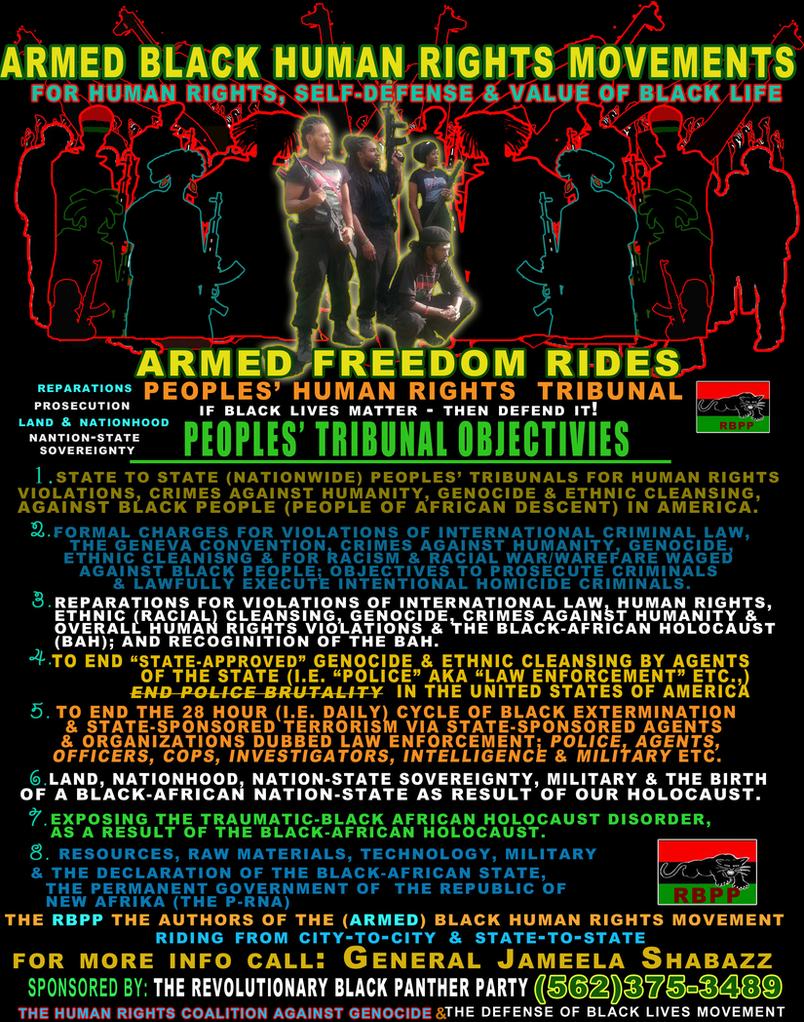 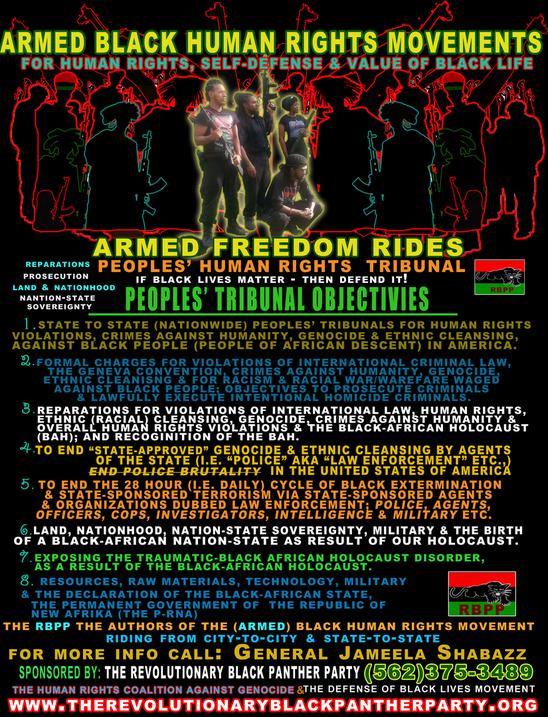 Baba Malcolm X   on Human Rights as The Higher Level of Rights for Black people - The Ballot or the Bullet,
April 3, 1964 Cleveland, Ohio:

COMING TO A CITY & STATE NEAR YOU. IF YOU OR YOU COMMUNITY ARE A VICTIM OF SAID CRIMES OR TOREQUEST A TRIBUNAL IN YOUR AREA,  OR FOR MORE INFO.
PLEASE CONTACT US AT # PROVIDED BELOW! 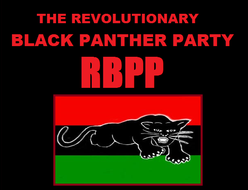 The RBPP is for the rights of all Humanity & for Defending Black African people
We are not racist, we believe in human rights and humanity, but since Black people suffer the hardest of all human beings, with an ongoing genocide,  the Black-African Holocaust, we  must stand up for people of African descent, exclusively  the hardest and strongest, and when we say 'free us or die .....', we are not inciting violence, we are speaking of being liberated from oppression and die is the result of of an oppressor from us defending ourselves from violence or terrorism, the term 'cracker,' can mean any person, race or color, it was a term used on the plantation by African slaves against people who crackedwhips against them. We are not anti-police, or anti-law-and-order, we are anti-criminal, anti-terrorist and anti-genocide, an occupation doesn't make someone immune to the law, it is very hypocritical to not hold people accountable for crimes because of their occupation, this is why we are ready to use force in self-defense and/or lawful combat, on any criminal regardless of their rank, title or occupation. 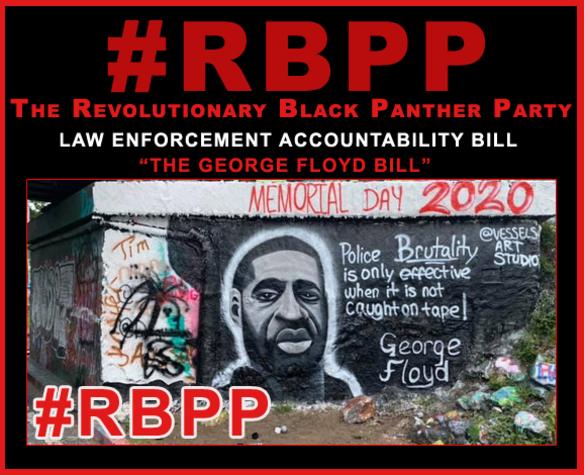 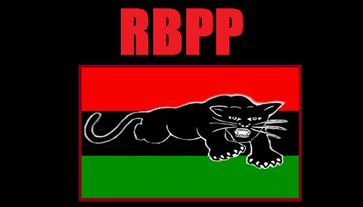 “We are black Americans. We have a problem that goes beyond religion. …
We feel that the problem, number one, of the black man in America is beyond America’s ability to solve. It’s a human problem, not an American problem or a Negro problem. And as a human problem or a world problem, we feel that it should be taken out of the jurisdiction of the United States government and the United States courts and taken into the United Nations in the same manner that the problems of the black man in South Africa, Angola, and other parts of the world — and even the way they’re trying to bring the problems of the Jews in Russia into the United Nations because of violations of human rights.
We believe that our problem is one not one of civil rights but a violation of human rights. Not only are we denied the right to be a citizen in the United States, we are denied the right to be a human being.”