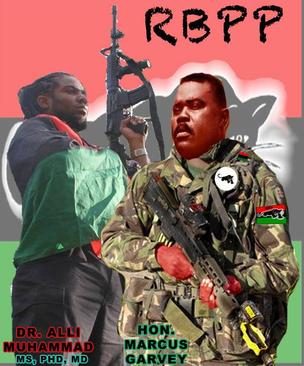 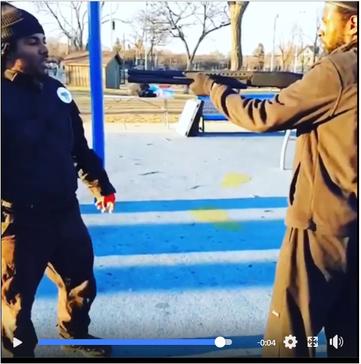 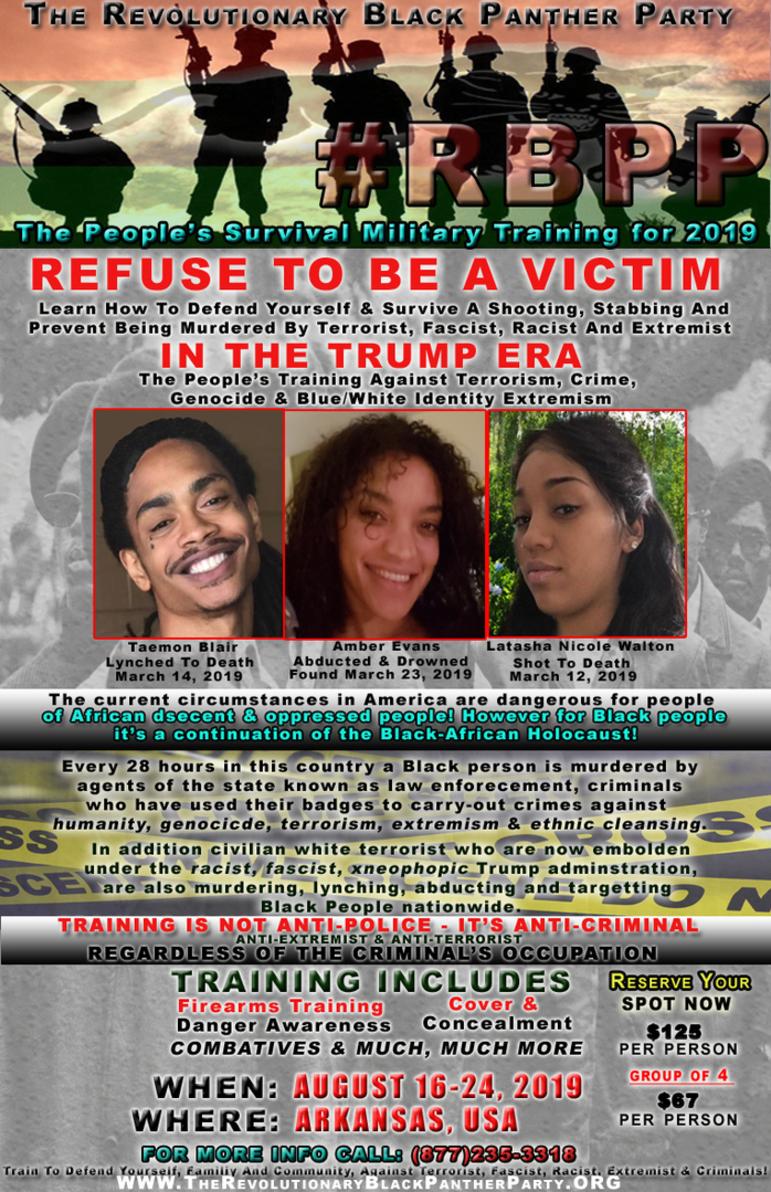 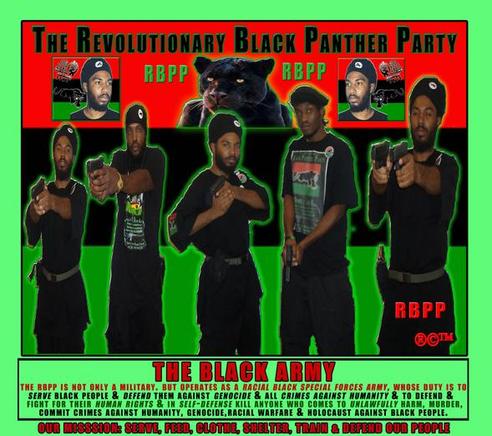 Ki'Afrika Ya'Kila Tutakinga (KYT) difference from what most perceive as "Martial Arts," (which we of course coin as "Ogun Science,") is the fact that we have a very rigorous Black Racial Special Forces (BRSF) system. That is what KYT is, it is the system for our racial survival. Next, it involves serious BRSF FIREARMS TRAINING. Which makes KYT, a system to be reckoned with. The KYT (RBPP) can hang with any of the world's TOP special forces groups in the field as well as out do them in NEARLY all opps.

Tutakinga is design to protect our race. And to defend the people against terrorism and extremism.

The day has come where Black people have a system of their own. And we of the RBPP (KYT) are against terrorism, extremism on all fronts. We are anti-terrorist, anti-extremist. We are dedicated to fighting terrorism &  extremism on all fronts. As victims of the worst terrorist act, the worst extremist act in history & the Blackstory, The Black-African Holocaust, which is unfortunately still in effect, where every 28 hours we loose our lives to individuals who commit crimes against humanity against our people, in the form of racial genocide, ethnic cleansing and a holocaust.

"If we do not defend our people, if we do not work on our people's survival then we are feeding, clothing & sheltering a dead-people!"
- Dr. Alli Muhammad MD

Before we even get started with serving the people or doing anything for our own self-sufficiency, self-determination and needs. We must understand that there is ongoing racial warfare and war waged against Black people (people of African descent) in the USA where  of no volition of our own, the color of our skin is our official uniform. The result is major Crimes Against Humanity, Genocide, Ethnic Cleansing and even Extermination.

The ongoing Race-based-crimes and Human Rights violations waged against Black people in the USA are multifaceted and range from mere abuses to the 28 hour cycle of Ethnic Cleansing, Crimes Against Humanity and Extermination waged against Black people, by agents of the "State" ("Law Enforcement")  in the USA. As well as other Crimes Against Humanity, Ethnic Cleansing and violence.

We know that do the Traumatic-Black-African Holocaust Disorder (T-BAHD, a disease diagnosed by Dr. Alli Muhammad CGIC-RBPP), has caused us a plethora of mental illnesses, resulting in us not only remaining victims, but also as most victims end up doing, it has caused us to victimize ourselves--this results in Black people--suffering both directly and indirectly from the  two UGLY heads of ethnic cleansing & White-Racism ("White Supremacy") waged against Black people & the community.

DIRECTLY
1. Police Brutality, police intimidation,  police violence, police terror, police abuse, criminalization, targeting; ethnic cleansing, crime against humanity and genocide against Black people & the community; 1b.) White Terrorist & Extremist coming to our community and in general  committing racial acts of violence, terror,  genocide and crimes against humanity. This danger even targets Black children, where even Black children with no more than a bag of "Skittles" (candy) and Ice Tea can be ethnically cleansed--as well as a Black child--listening to music at a gas station can be shot up and, ethnically cleansed, murdered.

INDIRECTLY
2. Self-Hatred & Violent Crime in the Black community; the indirect White-Hand of violence, hatred, racism, extremism, terrorism, ethnic cleansing & crime against humanity via T-BAHD ends with us harming each other, as victims & indirect-agents of White-Racism. As we have been traumatized into self-inflicted-genocide, fratricide and crimes against ourselves. Rape, murder, robbery, psychochemical warfare  and other types of war against our people and community.

So we must have a scientific system to protect and defend ourselves.

Ki'Afrika Ya'Kila Tutakinga (Tutakinga) AKA Ogun Science or Ogun Arts, is the esteemed scientific Black-African Racial Survival Self-Defense combat system, which is very unique, necessary long overdue, yet a head of its time. As a system particularly designed for the battle against Black people today, on today's battlefield where 50% of violent deaths in America are Black males.
And 35% of the lost & missing, 40% of sexual assaults & 40% of human traffic victims are Black women. And  60% of robberies and violent crime are against Black people.

And every 28 hours a Law Enforcement officer commits ethnic cleansing, crime against humanity, by murdering a Black person in America.

So there must be a system to answer these crimes being waged against Black people and for us to be able to protect, preserve and defend ourselves for all forms of violence, fatal crimes and crimes against humanity waged against our people.

Tutakinga stands a long as the only Special Forces oriented, Scientifically-designed combat fighting system created for descendants of slaves and overall people of African descent in the diaspora, particularly in the USA.

What makes Tutakinga unique is its concept, and context which is being made specifically for the type of battlefield Black people are facing today. All self-defense systems were conceptually and contextual created for their times, situation, battlefield and for their specific racial & ethnic group e.g. Karate was created for the poor and unarmed farmers, villagers and oppressed people in Okinawa, Japan & vicinity; with later additions of Kubudo weaponry which was their farming & agricultural tools, now transitioned into fighting instruments.

Kungfu, Chinese Boxing etc., was created  for ancient Chinese and their battlefield and  particularly for Monks and unarmed villagers, farmers and people of China.

Western Boxing was created as a brutal entertainment sport, and classically it was a fight to the death. But still based on a scientific concept and context. Which when a concept and context is taken out of its environment and/or comfort zone it is usually doomed for failure.

Western Wrestling another brutal entertainment sport, however, it classically involved nudity and allegedly homosexual copulation attempts by the victor against the looser.

BJJ is good, but it too, has its root in a Dojo and was used as entertainment and sport and is based upon a tapout and sport context. But it is good.

"MMA" is good, but it to is a sport, based on tapout and point based concept.

Muay Thai, is a combat system coming out the the system created for unarmed villagers and then warriors in Thailand based on their battlefield.

Tutakinga is very versatile as its adherents "Watakingas"/Panthers can take on the sport fighter, as they are trained on a high threshold of athletics as any sport athlete, with real time sparing, however, understanding that this system is for life or death. And where a knockout may come in the gym. On the street, that knockout is matter of whether the attacker kills you or you survive. As a realistic based system that is special forces oriented, Tutakinga  does not teach you a sport/entertainment, point, or tapout mindset nor context. Tutakinga teaches you a Black-Racial Survival Combat Mindset.
​

It is the duty of the RBPP cadre & the Watakinga to serve; feed, clothe, shelter, train and DEFEND our people.

If we do not defend our people, if we do not work on our people's survival then we are feeding, clothing & sheltering a dead-people! 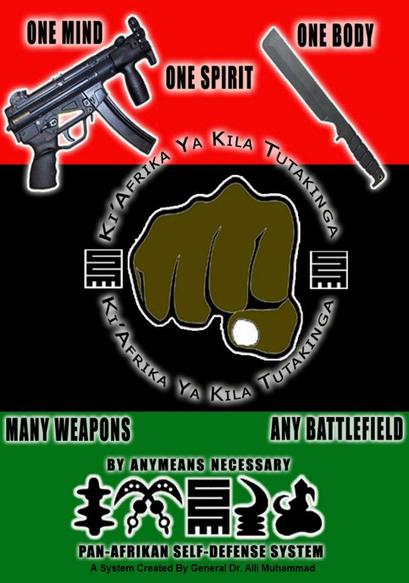 Training this year will be at Camp Garvey III in southern Arkansas, please register and make you arrangements today, invite your entire community to the training, in times like this it is important that our people get the training necessary to save lives, we will provide you with all the training you need to survive these most violent, racist, xenophobic, sexist, barbaric and inhumane times.

Learn all the essentials necessary to survive life in the USA today under genocide, crimes against humanity and Trumpism! 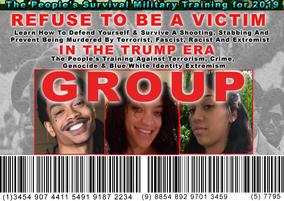 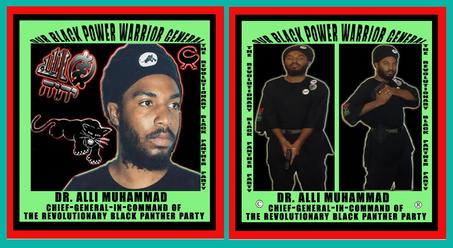 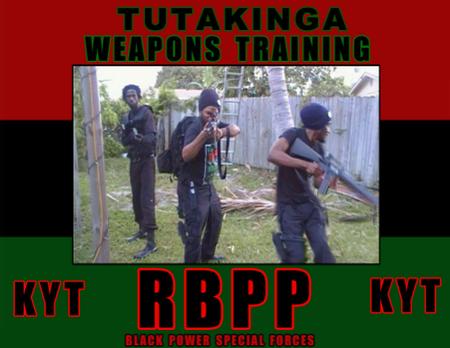 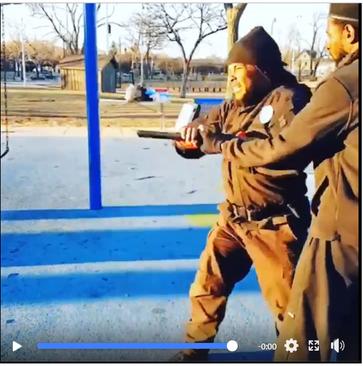 The crimes against humanity, ethnic cleansing, genocide, holocaust, race war, racial warfare waged against Black people (people of African descent)  has made us an endangered people. Our survival schools & training centers are setup to train our people Racial Survival, Self-Defense and the ability to continue life as a targeted race and racially-targeted-people. 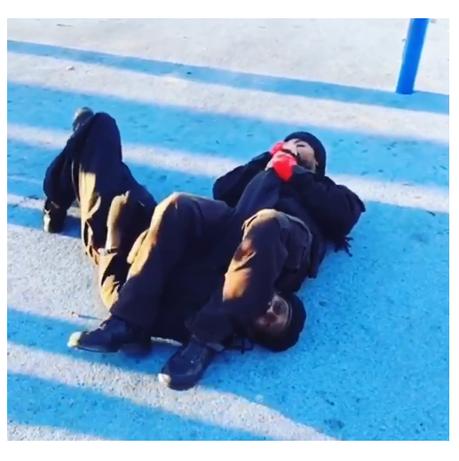 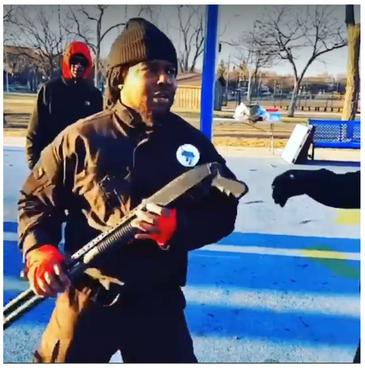 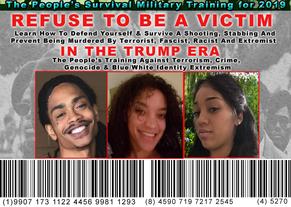 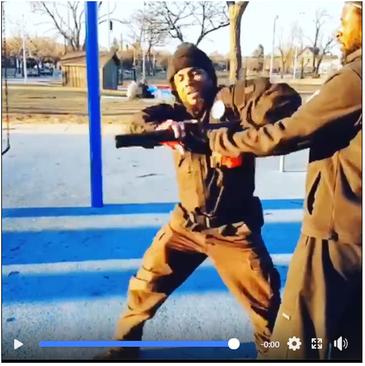